Insta-kill on hit
The Axe was originally a weapon spawn in Riverside that players could pick up and replace their shovel with. Regardless of the contact made, a hit with this weapon caused instant death. As a result, it was retired from the game in Patch 0.5 which was released on February 20, 2018 along with the associated Steam Achievement (Here's Johnny!) for getting 5 kills with an axe during a match.

It was reintroduced with the new 2018 Spring Patch in a new Game Mode, Jug-or-not. This game mode can be played on any map and will be the default weapon of the Juggernaut only, the other players can't use the axe. It will still cause instant death to anyone it hits. 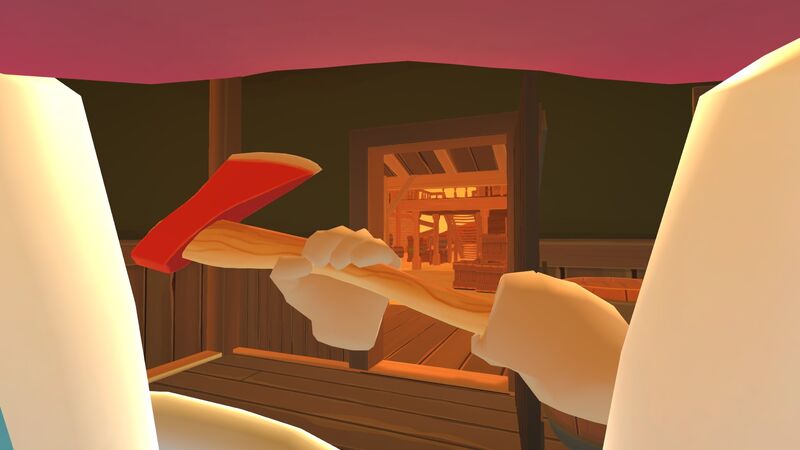