Roadside is the smallest map in Shotgun Farmers. It is located beside a highway that has moving traffic, which will kill you if they hit you. This map is made for one thing, brawling. Look left, look right, look behind you and look up! Enemies are everywhere here. 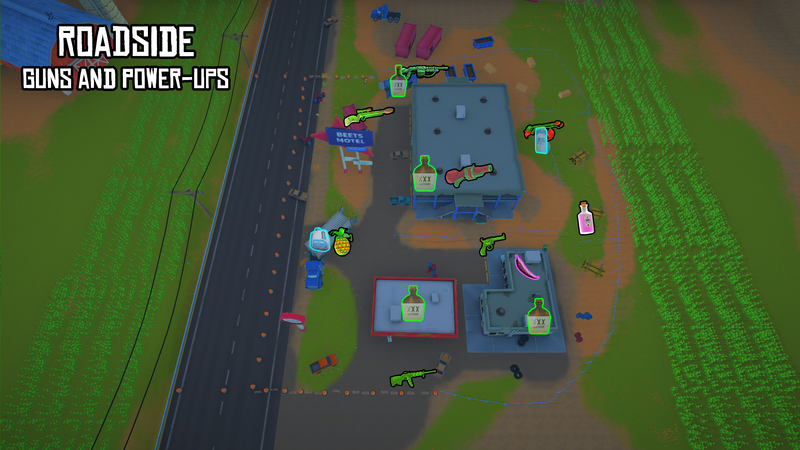 For the Chicken Run match, BokBok spawns in the ground floor of the motel.